If you’re lucky enough to visit Amsterdam in December or January, then you absolutely have to take in this magical winter spectacle. Now in its fifth year, this annual festival of light turns the city into a living art gallery of light installations by international artists, which can be viewed by boat or walking tour.

You’ll no doubt spot the installations as you wander around the canals anyway, but for the full experience I’d highly recommend one of the ‘Water Colors’ (sic) boat tours. There’s a constant stream of boats touring the festival and all of the canal tour companies run them, so don’t stress too much about which one you hop on. Canal Company and Lovers seem to be the most popular, but really they’re all pretty similar. 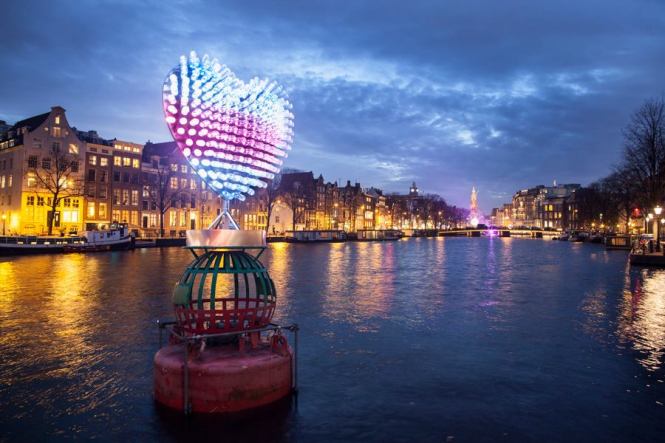 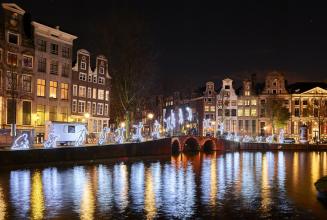 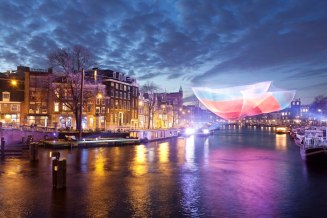 Either just head down there (most depart from Central Station or Damrak I believe) and queue up for a ticket, or if you know when you want to take the tour then you can reserve online and skip the queue.

As well as the artworks along the boat tour route, there’s also a bunch of installations concentrated around the Plantage area of the city, which can be viewed on foot via the ‘Illuminade’ walking route.

A tip for the brave: If it’s a dry evening, then an open boat tour is the way to go. You’ll get a much more up-close-and-personal view of the artworks and there’s just something really special about being out on the water in the open air. Wrap up WARM though.

Go to the Amsterdam Light Festival website to see the range of boat tours available, plus a handy map of all of the artworks.